The William G. and Joan E. Frazier Foundation, Inc. is a public benefit corporation and is a 501(c)3 tax-exempt non-profit. It exists for the sole purpose of presenting scholarships and awards to deserving East Central Indiana students and teachers. Founded in the early 1990s, it is a non-profit entity that welcomes contributions, which are 100% tax-deductible, from interested groups and individuals who would like to promote educational opportunities in Delaware County and surrounding communities. Any contributions we receive go 100% to the recipients. None of your money is spent on overhead, as all expenses are paid by Bill and Joan Frazier personally. This is unusual, so please consider a contribution to the William G. and Joan E. Frazier Foundation, Inc. at 8001 N. Williamson Road, Muncie, IN 47303. 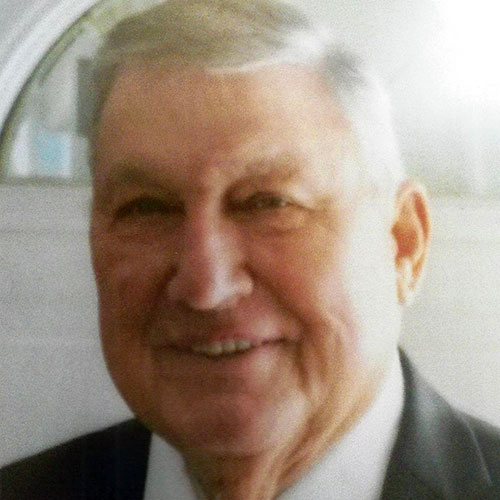 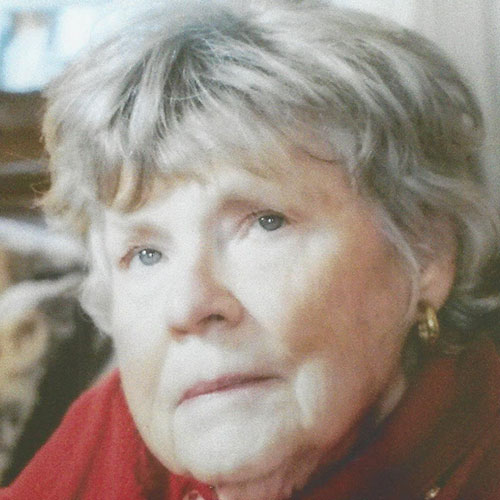 A successful businessman, and farmer Bill Frazier’s family has lived in East Central Indiana for eight generations. He was born in Albany and graduated from Albany High School. He attended Purdue University and is a graduate of Ball State University. Bill and his wife Joan are members of Grace Baptist Church of Muncie. They are the proud parents of four children, twin sons who are deceased, and seven grandchildren.

Bill served as a paratrooper with the rank of Sergeant in the U.S. Army’s 82nd Airborne Division receiving an honorable discharge. As a jumpmaster, he was disabled in the line of duty. Bill is also a commercial Lear Jet pilot.

After working full-time in Muncie area factories, Bill built and organized his own company consisting of mobile home communities, real estate, and farming in east central Indiana for over 57 years. Also, Bill is a member of the Chicago Board of Trade, Mid-America Commodity Exchange where he is a retired floor broker, acronym MIE.

Bill is active in many civic organizations: Sons of the American Revolution, Disabled American Veterans, and serving as past presiding officer of several local and national Masonic organizations over the past 50 plus years. Bill has been supporting County 4H Programs in East Central Indiana, buying show animals at the 4H Auctions for over 45 years.

As national president of the Traveler’s Protection Association in 1988-89, Bill headed an effort that raised $1,000,000 for scholarships for hearing impaired children. Many years ago, Bill and his wife established the William G. & Joan E. Frazier Foundation Inc., giving scholarships to high school graduates and cash awards to exceptional classroom teachers in East Central Indiana. Bill served many years as Republican Precinct Committeeman in Delaware County.

Bill and his wife have given financial support to local, state, and federal Republican candidates for the past forty years. A conservative, Bill was elected to the Indiana State Senate in 1968 on a platform calling for a 20% tax reduction of your property taxes, which was later passed. Bill has also been nominated in four Republican Congressional primaries in east central Indiana where he faced an incumbent Democrat Congressman. Mike Pence also lost to the same Democrat Congressman twice. Bill worked closely with President Reagan on the SDI program presenting the film “Salt Syndrome” to high schools, civic clubs and other organizations in East Central Indiana.

Bill Frazier has a consistent record advocating lower taxes, smaller government, strong national defense, and strong support for the second Amendment. He also supports a balanced budget amendment to the Constitution as well as a Right to Life amendment.

For years Bill Frazier has been saying, “Stop exporting our good paying jobs, we must secure our borders, and make certain that only American citizens are eligible to vote. A new tax system must be adopted. Fair Tax, Flat Tax, anything would be better than what we have now; but first we need to abolish the IRS. Today 51% of the taxpayers pay no income tax. We need more people pulling the wagon than are riding.” 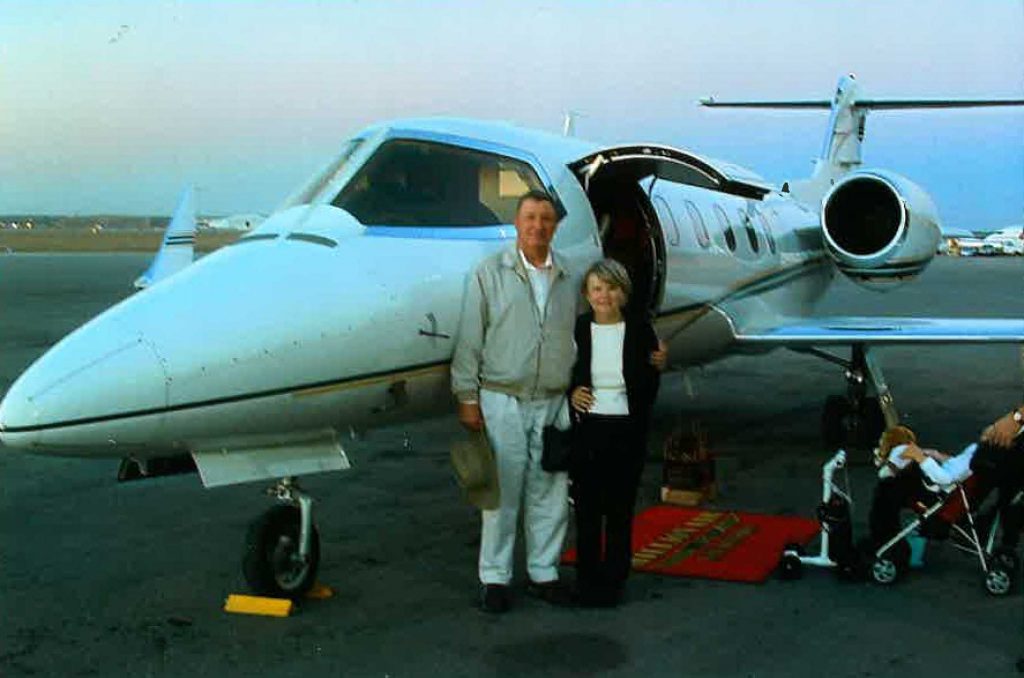 Phone call from Mike Pence congratulating Bill on a well-fought campaign in 2000.

Video of Bill Frazier talking with then Presidential Candidate Ronald Regan and his soon-to-be Vice President George H. W. Bush. Circa 1980. No sound. 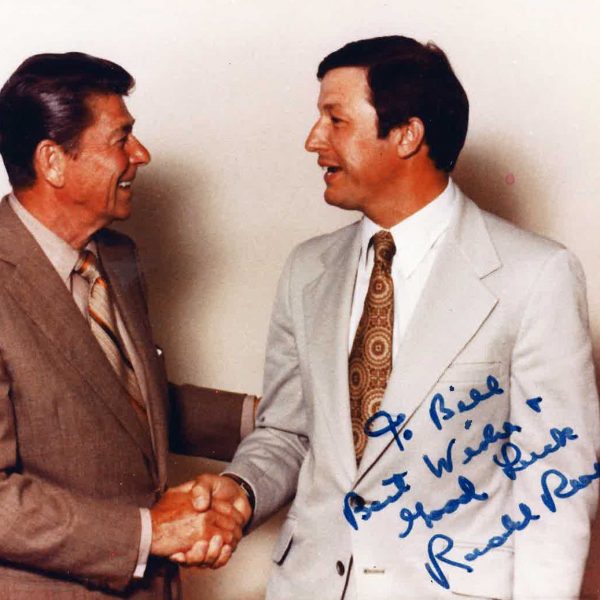 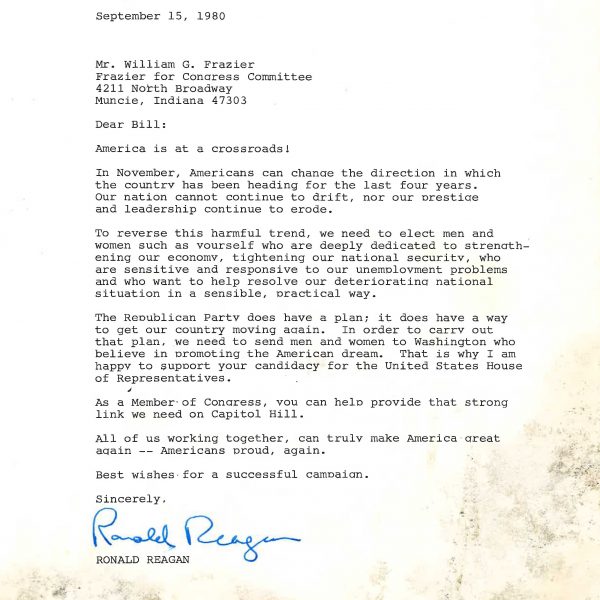 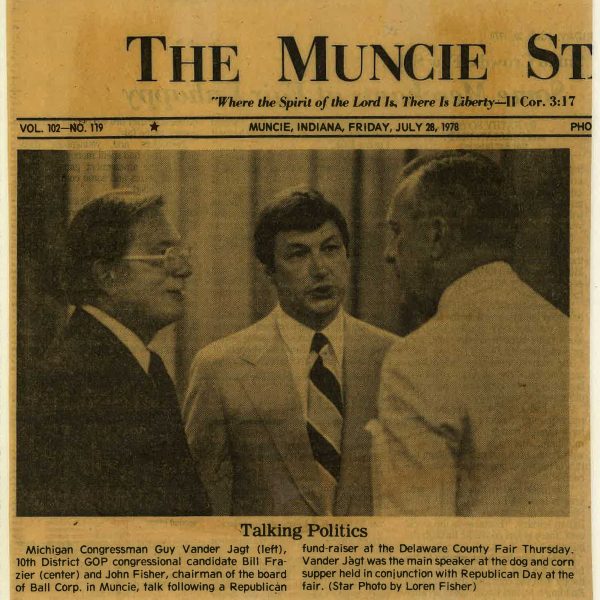 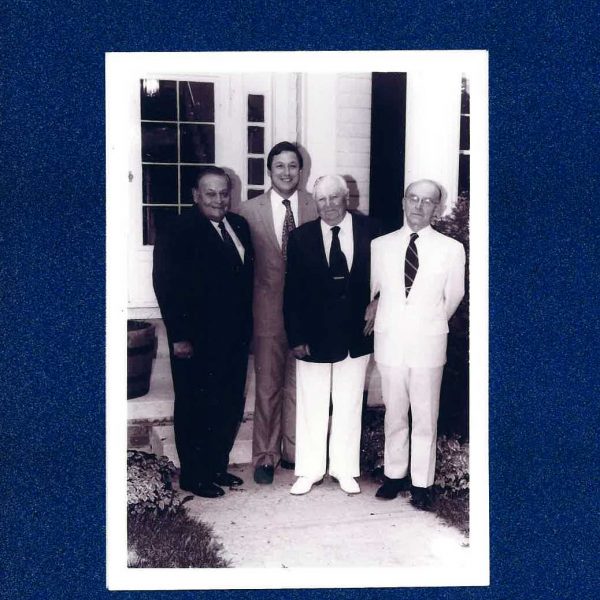 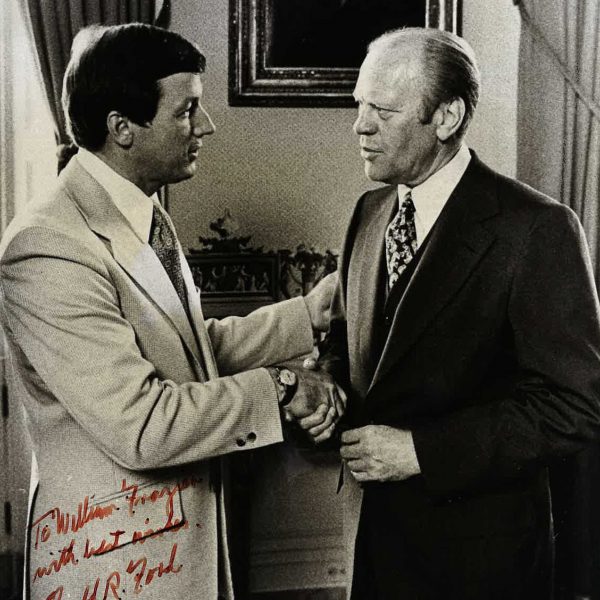 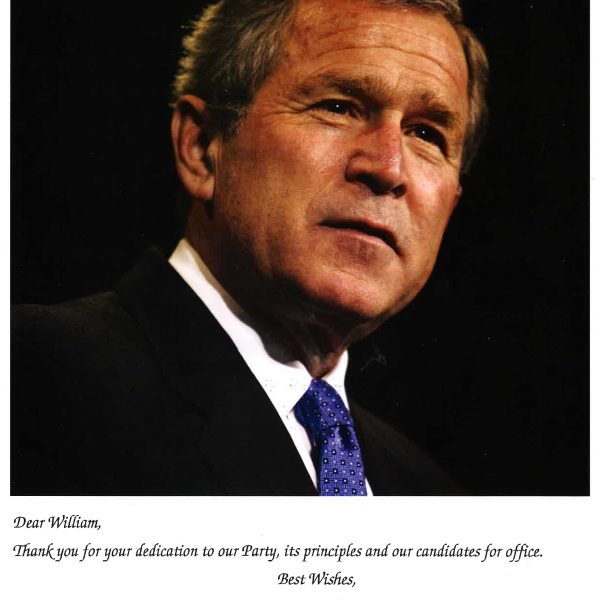 The Frazier awards are funded in memory of Francis and Dorothy (Shellenbarger) Frazier, who lived and worked in Delaware County. Francis worked as an Albany business owner and Dorothy as a registered nurse. She graduated from Ball Hospital School of Nursing in 1932. They are the parents of William G. (Bill) Frazier.

“Each of these individuals was active in Eastern Indiana Agriculture for many decades. These scholarships are awarded in their memory.” 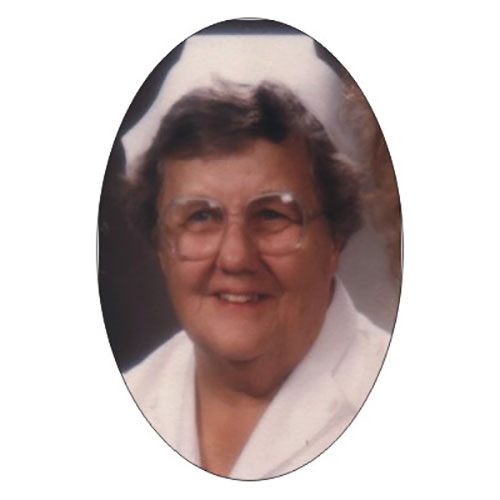 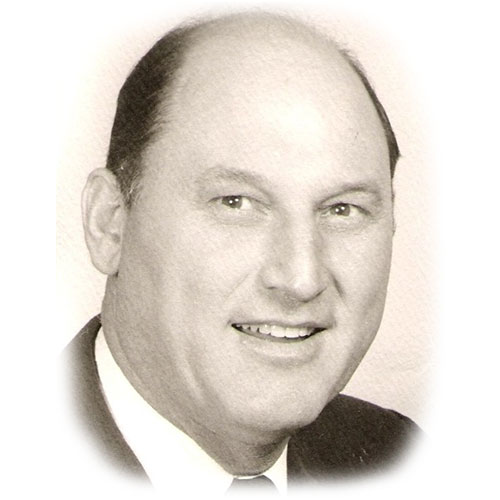 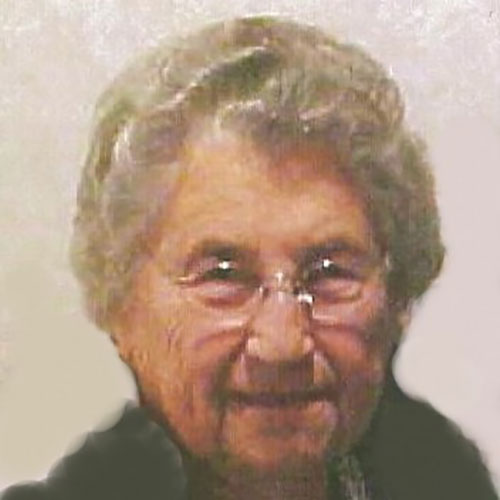 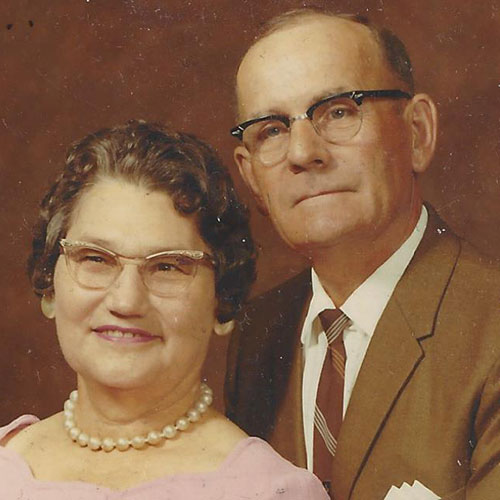 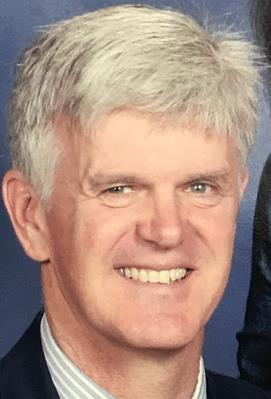 The Frazier Foundation will have a special fund in memory of Andy Munson. A special scholarship will be given in Andy’s memory to a local high school student(s) pursuing a career in business. 100% of all money collected and earmarked for the Andy Munson Scholarship will be given to the students. All contributions are fully tax deductible under our 501 (C) 3 tax-exempt not-for-profit foundation. Please earmark your contribution for the Andy Munson Memorial Scholarship and please make all checks payable to the William G. and Joan E. Frazier Foundation, Inc., a public benefit corporation.

100% of the contributions we receive go directly to the recipients, with none of your money spent on overhead, as all expenses are paid by Bill and Joan Frazier personally.

Donate to the Foundation today: